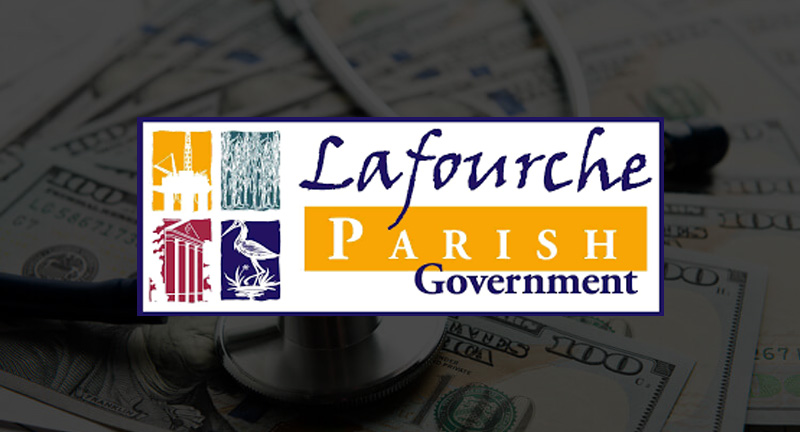 Posted at 11:01h in In the Community, News by admin

The Lafourche Parish Council began the budgeting process this week, holding a series of three public meetings on the proposed $104.4 million budget.

The parish administration said the new plan will save the parish $750,000 by using a combination of traditional and supplemental insurance benefits.

“I want to commend the members of the Parish Council for their diligent and thoughtful consideration of the insurance issues. Some had strongly held opinions. But, when they were called upon to fulfill their duties as representatives of the people, they set aside their personal feelings and voted based on the information that was available,” Parish President Jimmy Cantrelle said in a news release Tuesday.

“I think that we have a vastly superior health plan for 2019, and that we will be able to use the savings to meet important obligations owed by the government. As an additional benefit, we have used a part of the savings to improve the coverage, and to fund the first COLA raise for employees in years,” he said.

During Tuesday’s first budget hearing, however, some council members questioned some financial transfers and a scheduled raise for the parish president.

The parish president’s salary is based on the average of the parish’s sheriff, assessor and clerk of court.

However, the council found out last year that the average can be figured with the base pay of each official or using their total salaries including expense allowances and certification bumps.

The council passed an ordinance last year stating the parish president’s salary would be calculated based on the average base salary of the three other elected officials, but that doesn’t go into effect until the new term in 2020.

Councilman Jerry Jones questioned how the parish president’s salary was rising from about $124,000 in 2018 to over $160,000 for 2019. During his election campaign, Cantrelle said any money he earned from a raise would go toward scholarship funds for local students.

The parish human resources director, who calculated the salary, received approval from the legislative auditor and reported it to the finance department, was not at Tuesday’s meeting and therefore the administration could not give an accurate answer, Brent Abadie said.

The new parish finance director was also not at Tuesday’s meeting, but former director and current finance manager, Carrel Hymel answered some questions from the council.

Council members Jerry LaFont and Bo Melvin asked for both department heads to be present at today’s budget meeting.

Some council members also questioned the decision to use additional money from Road Sales Tax District A to pay for the Abby Lakes project.

Instead of splitting the project between dedicated road sales tax money and non-dedicated emergency money, the administration chose to use only dedicated money for the project to free up flexible money for other projects, Abadie said.

However, Councilwoman Luci Sposito questioned whether nearly depleting the road district account was in the best interest of the district.

With the change, the emergency fund balance would only reach about $468,000, Hymel said, less than half of the goal of $1 million.

Budget hearings will continue at 5 p.m. today before the final budget is scheduled to be adopted at the Nov. 27 council meeting. The Parish Council could call more special meetings if needed to address other concerns or make amendments.

Other actions from Tuesday’s meeting will lead to more budgetary problems to solve. The council voted 7-2 to un-consolidate the parish recreation system.

After voting to consolidate all districts about two years ago and slowly phase out individual property tax rates, some members of the council expressed frustration at a lack of movement and local control over money as the parish’s recreation funding began to rely solely on the approximate $1.2 million in parishwide recreation tax money.

To establish the district’s taxes, new district boards must be created and there must be a proposal that will be decided by the voters. The deadline has already passed to create a ballot item for the Dec. 8 election.