Pharmacy Benefits Managers, or PBMs, act as the representative between the employer and everyone else in the healthcare system to process prescriptions.

By contrast, with a pass-through arrangement, the employer pays the actual contracted discounted pharmacy prices and dispensing fees that the PBM has negotiated with the retail pharmacy network. The guaranteed discount in a pass through proposal should be viewed by the employer as a minimum acceptable performance level, although higher discounts than those guaranteed are often achieved.

TRADITIONAL PBMs VS OUR
100% PASS-THROUGH PBMs 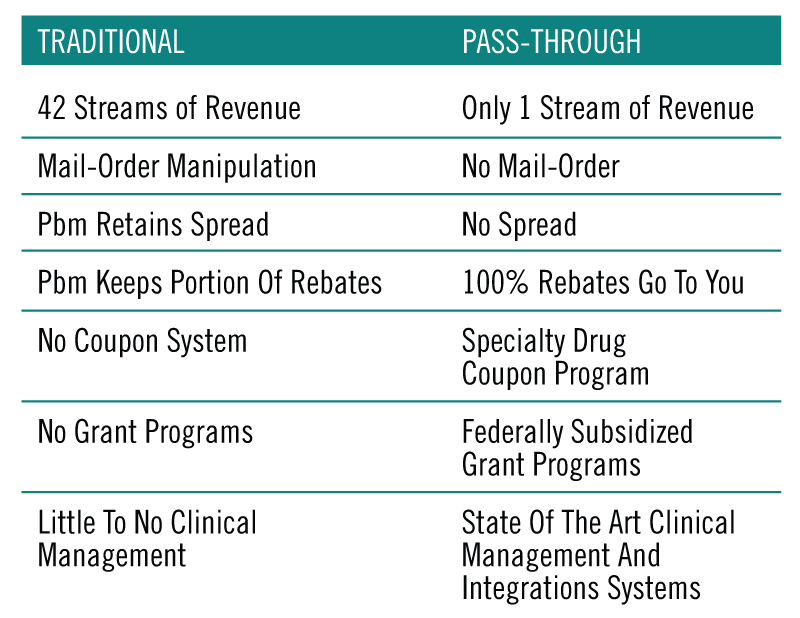